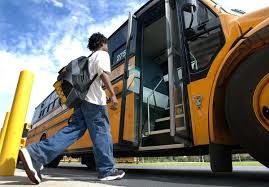 UPDATE:  The same vehicle was involved in a second incident in Armonk.

The safety of our children is our foremost concern. Please read below and share with your children as appropriate. The following information was passed on by a parent, obtained from the Rye Police Department. Additional patrols will be in the area of schools tomorrow and school officials will be paying close attention.

Two thirteen year old girls report that at approximately 4:00 p.m. on Monday,
December 05, 2016 a white car, believed to be a Honda sedan, pulled up to
them at the intersection of Cowles Avenue and Intervale Place.
As the two 13 year old girls turned the corner from Intervale Place onto Cowles
Avenue the driver, while stopped at the sign, asked for directions to US1
(Presumably US Route 1 Boston Post Road). The girls did not notice anything at
first but after a moment observed the driver (suspect) masturbating. They both
immediately ran north on Cowles Avenue away from the vehicle. The suspect’s
vehicle turned left onto Intervale Place and fled in an unknown direction.
The suspect was described as a male white believed to be in his mid to late 20s.
He had short dark hair, that might have a red tint to it and an unshaven face (5
o’clock shadow). He was wearing a short sleeve t-shirt that appeared to be light
blue and he was wearing jeans. The distinguishing feature, as stated by both
parties, was that this man had crooked teeth and needed braces.
The two girls further described the vehicle as dirty with darkened windows, a
white spoiler on the rear trunk area and black pinstriping on the side. One victim
added that there was a dark outlining to both the front and rear tail lights. They
stated that the car appeared to be “tricked out.” The two girls noted that the suspect spoke clear English and had no accent.

If you see anything suspicious, please contact the proper authorities.

The Port Chester Carver Center has been serving the community’s children and families since 1943. It started as a small storefront after school program for children whose parents worked in wartime defense plants. The founders were African American parents—grassroots organizers and advocates for the minority community in Port Chester. They named the organization after the renowned African American scientist George Washington Carver, who passed away in 1943. The Carver Center grew to a small food pantry and child care program that operated out of a rented synagogue basement for over 50 years. Today our programs serve a wide range of Port Chester residents, including children, teens, adults and senior citizens.

Sign up to learn first-hand about our programs, events and news!

You have Successfully Subscribed!

You may unsubscribe at any time via the link found at the bottom of every email.